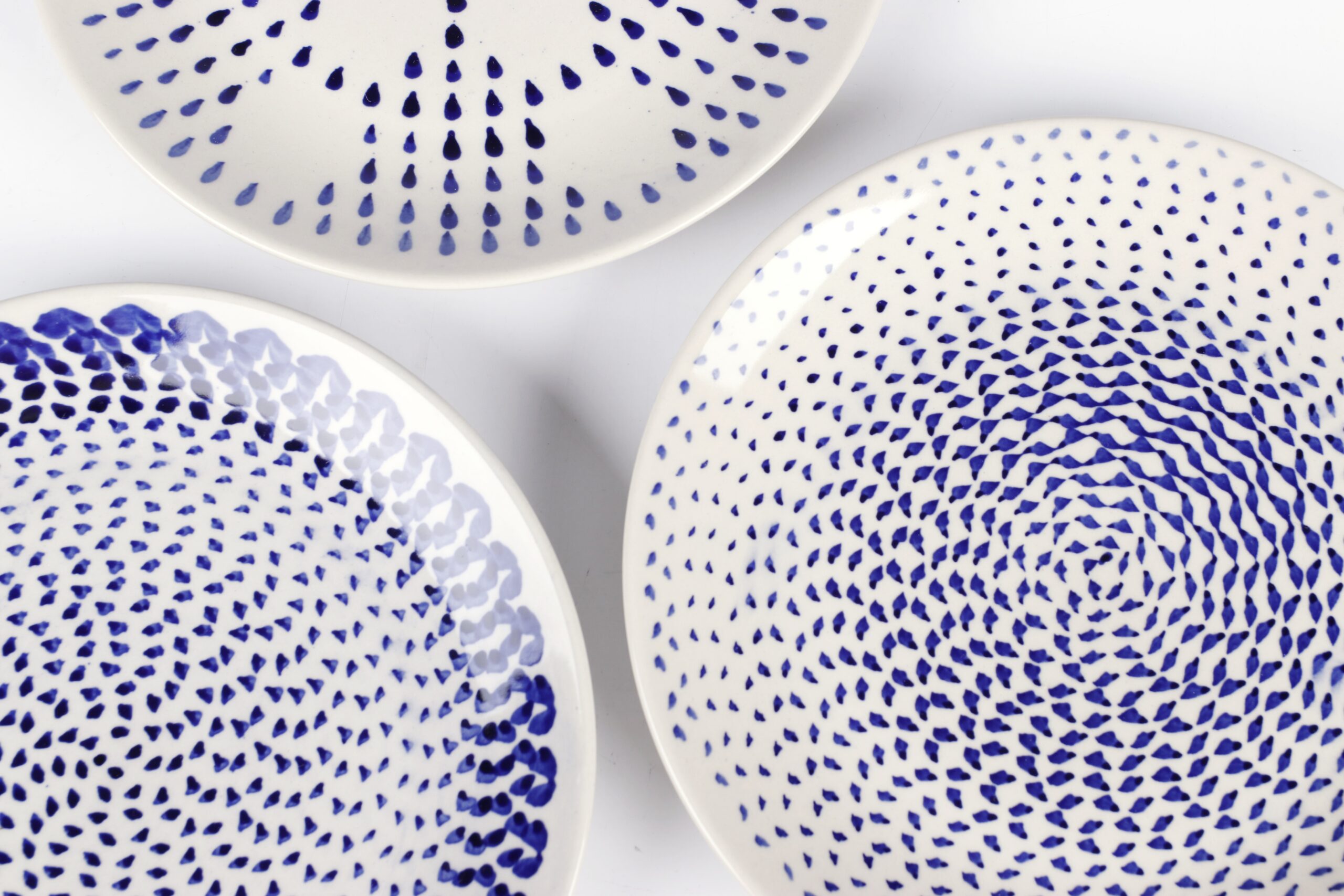 A series of plates from Bolesławiec, decorated with an industrial robot. The machine was equipped with a tool that created a series of repetitive patterns based on dots. However in this project, we wanted to give some error – a human aspect that would introduce variability in the programmed repeatability.

It turned out to be the robot’s speed. When we increased it manually, the robot shortened the movements and created unpredictable lines instead of dots. Thanks to this, the patterns on the plates have become unique. 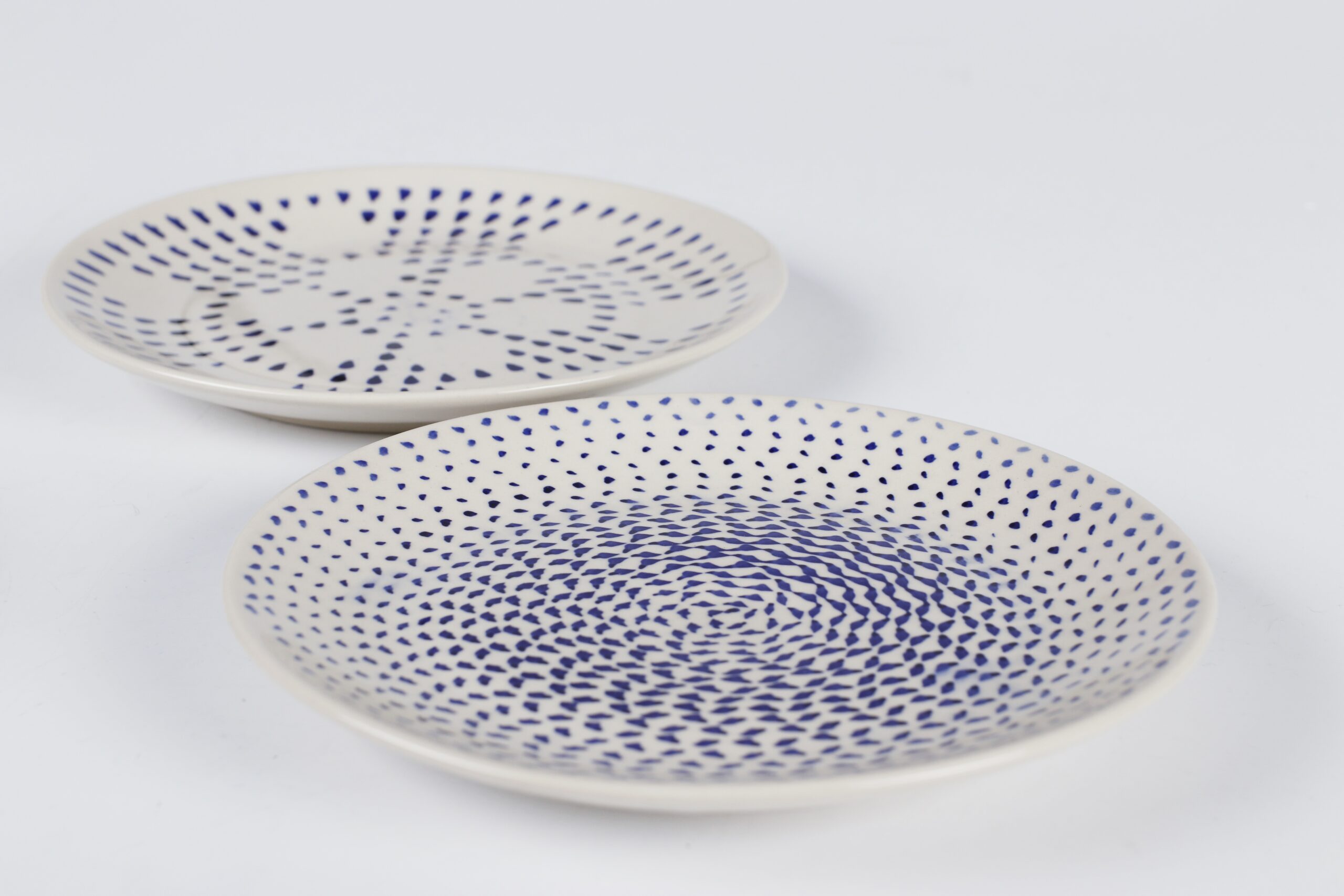 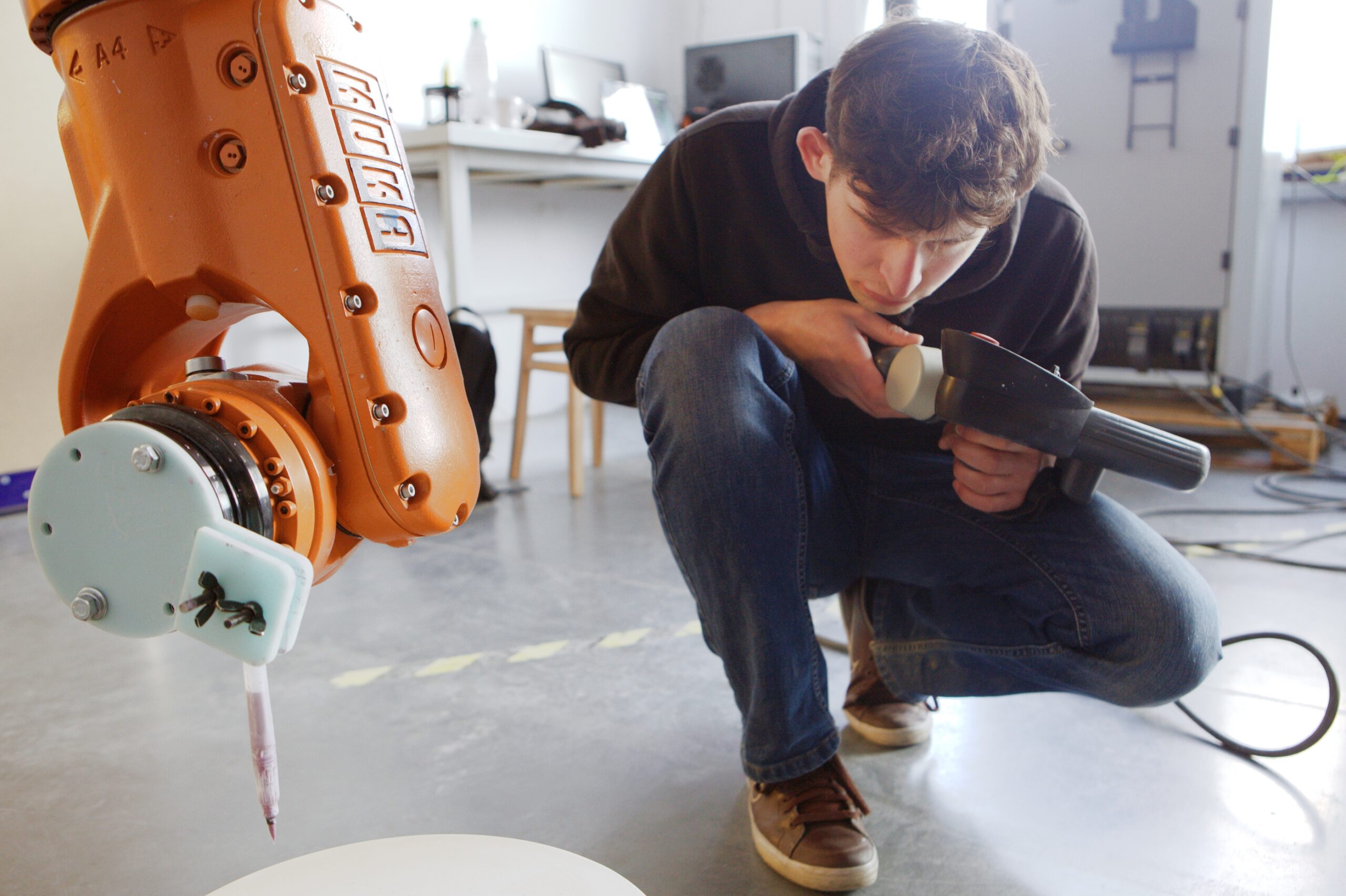 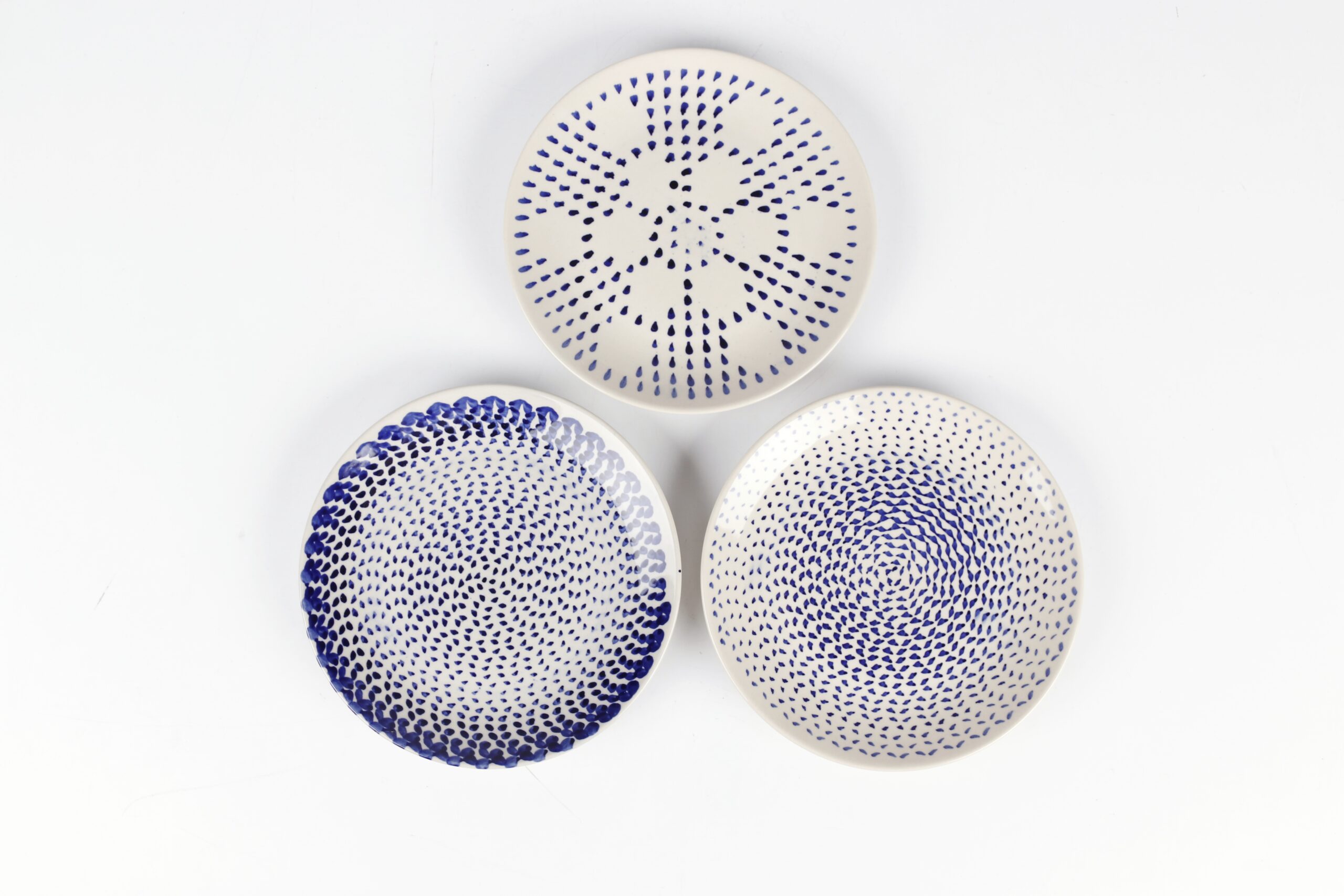